The new freeday arrangements previously advised have not been implemented for Waterloo drivers.

From week commencing the 5th of March 2017, you have to tell CRO which freedays you are available to work, not the ones you want off. To do this you are required to fill in a form, and fax it to CRO showing availability dates up to 4 weeks in advance. 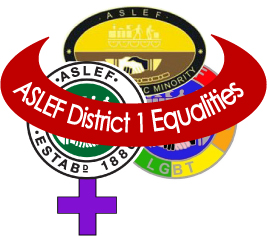 A chance to meet your Equalities Representatives

All welcome – come to chat, mingle and find out how to become more involved
We look forward to seeing you in the Function Room at:

To see what First group have promised clck here.


As you may know Duncan Bird has given up the ASLEF Waterloo Nine Elms learning rep position, and transferred to Basingstoke Depot. We thank him for his dedication and contribution to the role.


I was elected as the new rep at May's branch meeting, held on Monday 15th May 2017.
If there are any learning issues you feel I can assist with, please do not hesitate to contact me. I may be able to put a session together or point you in the right direction.


I doubt I will know the answer immediately, but I will endeavour to find it as soon as possible, I myself have some learning to do with regards to the role.


I can be contacted using the email address below.
daniel.ulr@waterloo222.org.uk


The hardship monthly draw was proposed in March 2016 as a means to boost our ailing hardship fund coffers while providing a bit of fun for its members. The money raised is split 50/50 between the hardship fund and a monthly prize drawn using a randomly generated number. Whoever has purchased that number wins the prize. The first draw took place in July 2016.

If you wish to renew your number(s) so you're included in July's draw, or if you wish to join the monthly hardship fund draw, payment must be made before the end of June. The cost per number is £15 which includes six monthly draws (July to December).


The web address for "The Platform" has changed and the old site has been taken down but a new address has been provided :


Following constructive discussions, the Company Council and the District Organiser have today advised that Network Rail have committed to work with our representatives and First Group to provide a long term solution to the signalling out of platforms 7 and 8. They have requested eightweeks grace to enable them to draft plans and source materials etc.


Members are advised that nominations for the South Western Railway Company Council are now being sought for a three-year term of office commencing 1 January 2018.


Nominations for the SWR CC positions which commence on January 1st 2018, will be considered at our next meeting that has been planned for Monday 2nd October.

In order for you to make your own informed choice, the five nomination addresses that the Branch Secretary received are provided below.

It is with deep regret that we have to report the passing of Dave Mortlock.
The funeral will take place on 10:00 on Thursday the 5th of October 2017

The crematorium is also known as 'Bowers Gifford Crematorium' and 'Pitea Crematorium'.
The nearest train station is Pitsea (1¼ miles away). A taxi firm operates from the station.
For more information, visit http://www.basildoncrem.co.uk/contact-map.php

At our next branch meeting :


The next meeting of the ASLEF Waterloo Nine Elms branch will take place at 15:30 on Monday 6th November at our usual venue. The SWR Company Council elections will take place at this meeting. We will also be choosing our branch policy items and rule changes for next year's AAD (ASLEF Conference).


Information has been received from Farnham Branch
regarding Barry Foster's funeral arrangements. 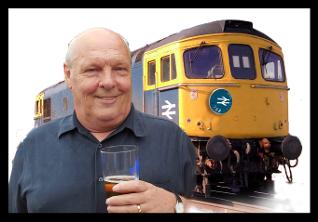 Then afterwards at Aldershot Football Club